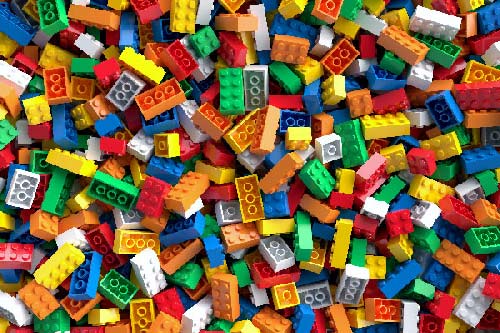 Lego, the giant of construction toys wants to keep moving forward on reducing the environmental impact of its plastic little bricks. Steps have already been taken to lower the carbon footprint: reduction of the packaging size and investment in an offshore wind farm: Burbo Bank Extension. In September 2017, the group has announced the construction of the LEGO Sustainable Materials Center with the objective to put on the market by 2030, more environmentally-friendly materials in order to replace the ones currently used.

This center, financed by Lego up to 134 million euros, is intended to the research and development of ecological bioplastics, able to substitute the petroleum-based plastics use to produce bricks. Furthermore, this ambitious project will be a way to employ 100 specialists dedicated to the elaboration of these new biomaterials.

Moreover, Jørgen Vig Knudstorp, the president of Lego, confirms that standards on quality and security will not be neglected and will remain a top priority as the design of the pieces. As a matter of fact, previous tests have shown that pieces made with renewable materials are duller and less shiny as they are currently made. The sustainability will also be essential, the toys being often passed through generations.

This willingness to adapt the mode of production, thanks notably to the use of bioplastics should significantly reduce the adverse impacts on the environment. The choice of these biomaterials follows the companies and general public’s desires. Indeed, if today they only represent one percent of the total amount of plastic, their growth is exponential, the strong interest of the consumers for eco friendly products resulting in increasing demand.

Being more ecological is the issue of the big corporates which as Lego or Coca-Cola are in the process of improving their image. That is why Lego has conducted a 100% clean energy consumed campaign in partnership with WWF and Climate Savers. These companies are a big part of today’s world so it is unthinkable that they don’t play a part in the preservation of the environment and show the example.

Following its guideline to reduce its environmental impacts, Lego hast just announced at the beginning of March 2018, the fabrication of some of its elements in bio-based polyethylene. Indeed, the plants (trees, bushes) launched under the name “botanical”, will be produce in a renewable plastic notably from sugar cane. It’s one more step to the achievement of the objective in 2030 to replace all the bricks, currently made in ABS, by a more sustainable and eco-friendly materials.